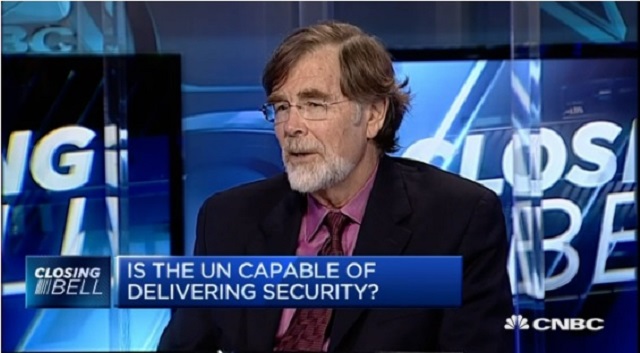 On 18 November 2015, FUNDS Co-Director, Thomas G. Weiss, was interviewed for CNBC's Closing Bell program, and spoke about the history of the UN, its cost-effectiveness, and the reasons behind the lack of Security Council unity on Syria.

“The UN is criticized for ineffectiveness, for being clumsy and rather bureaucratic; all of which can be true. But, there are pockets within the organisation that are absolutely essential, and very cost-effective. … The 193 member states of the United Nations get the UN they deserve, that they pay for, and that they support. The lack of unity in Syria for example reflects geopolitics, and reflects the origins of the organization, in which the five major powers have a veto.”