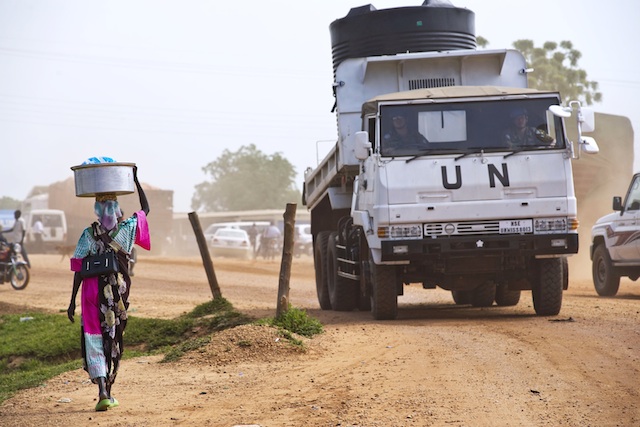 The full results of the 2014 Future United Nations Development System Global Survey are now available and being widely circulated and discussed.

Thank you to the over 3,200 people from over 150 countries who participated.  We are pleased to have engaged a balance of respondents from different sectors.  Of the people who returned a completed survey, 25% work in the private sector, 21% work at the UN or a UN organization, 19% are in the government/pulic sector, 18% come from academia, 13% work at NGOs, and 4% work at other international public organizations.

The good news is that 77% of respondents are confident that the UN is capable of significant change (though this still leaves a sizeable minority who are less optimistic), but on the other hand 69% of those surveyed believe that there is more competition than cooperation between UN development organizations when it comes to funding.  See below for five more 2014 survey highlights.

Find out which UN organizations are considered the most, and least, effective; which are thought the most relevant; what are the UN Development System's greatest strengths; and where most respondents believe its key weaknesses lie.


Download the complete Summary of Results  in pdf here.

Martin S. Edwards of the Center for UN and Global Governance Studies, Seton Hall University, writes that "This survey demonstrates considerable demand for reform; will there be sufficient supply?", in his blogpost of 1 June 2014: FUNDS Findings: Effectiveness and Relevance of the UN Development System.


1. WHO, UNICEF and UNAIDS named most effective UN development organizations.

2. WHO, UNICEF and FAO named most relevant UN development organizations.  This is the third time that WHO and UNICEF have topped the list in FUNDS surveys. 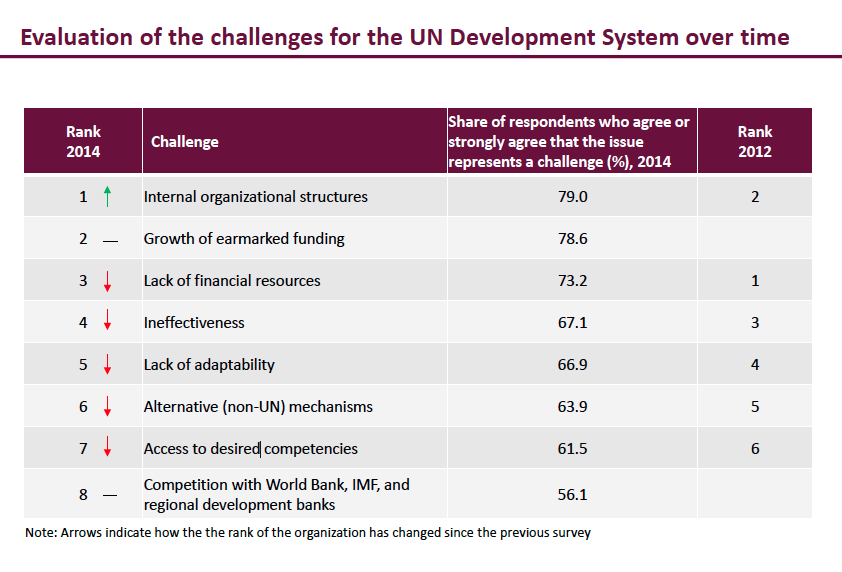 4. Global Development named third most important UN function, in terms of impact, after humanitarian relief and peacekeeping, down from first place in the 2012 Survey.

03:55:59 07.03.2014 | Rongming Wu
Policy Researcher
Such an important job should be
well known by all Chinese people and all the educated people in China should be mobilized to actively participate this activity.